Champion kickboxer, actor or master instructor?  All of the above.  Original karate kid Nicholas Pettas is a veritable man of steel. 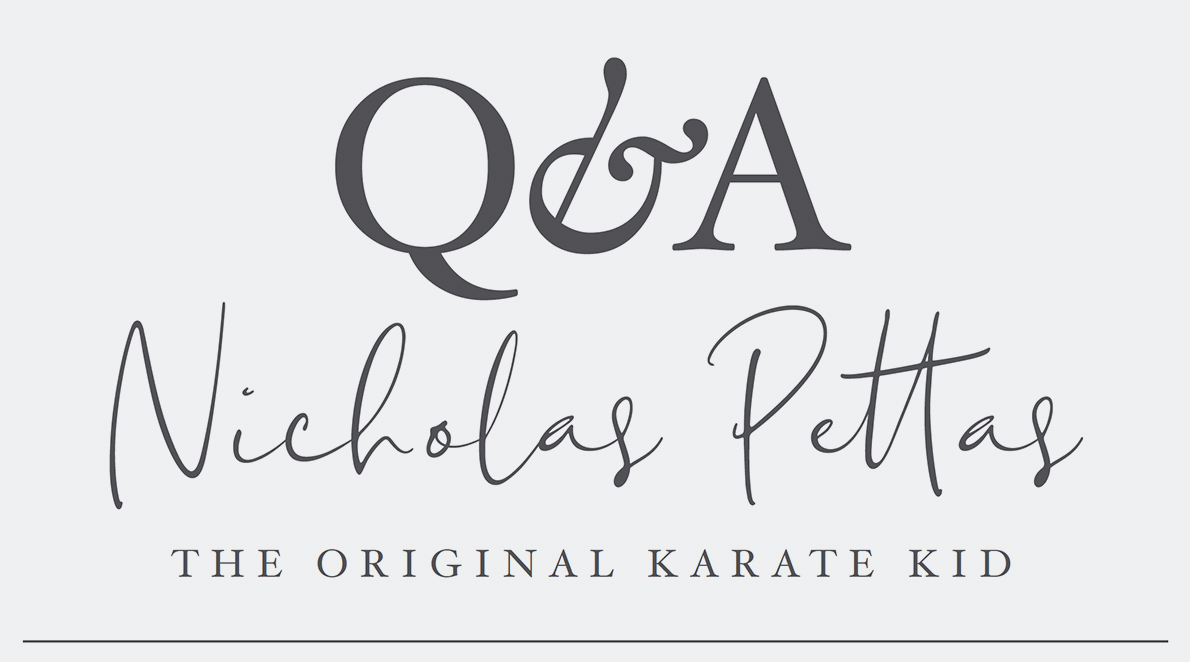 Champion kickboxer, actor or master instructor?  All of the above.  Original karate kid Nicholas Pettas is a veritable man of steel. Having earned a coveted place to study Kyokushin (a style of stand—up fighting), under karate master as a youth, he went on to forge a stellar career in the sport, hitting a high in 1995 with his European Heavyweight Champion title.  However, when injury forced Pettas to retire, down but not out, he turned his attention to acting and presenting and went on to become the face of awarding—winning NHK World TV show Samurai Spirit.  Now in his third ascendancy the blue—Samurai is currently a Reebok Ambassador, Master Trainer and gym owner.  Intenza asked the man with all the moves “how should fitness feel?”

You went to Japan when you were 18 years old, what’s your story?

I came to Japan when I was 18 and I moved into a Karate dormitory, it was like a dungeon, for 3 years so if you imagine the movie the Karate Kid, it was real, that’s what I did.  I trained all day long, washing and scrubbing, doing all the chores.

Were you the only “blued eyed” guy there?

I had a couple of Senpai (Seniors), one of them was French but he got kicked out for being lazy.  Then there’s an American guy, but he decided that was not right for him so he left after two years.  I was the second foreigner to graduate but unfortunately my master passed away right after my graduation.

Do you think not being a Japanese native made it more difficult or easy?

We were in the same category in the beginning but obviously the language was a huge barrier, I couldn’t be on phone duty for example.  There was always a very big gap between Samurais and foreigners, in my case my Sensei from Denmark pointed to my Japanese peer and said “Whatever he does. You do the same”.  So I tagged along with everything he did, and I learned to speak Japanese in a very short amount of time, then I got accepted, became one of them— because I did all the chores like everyone else, there’s no advantage or disadvantage, just “for real” hard work and do the right thing—that made me become the same as them. 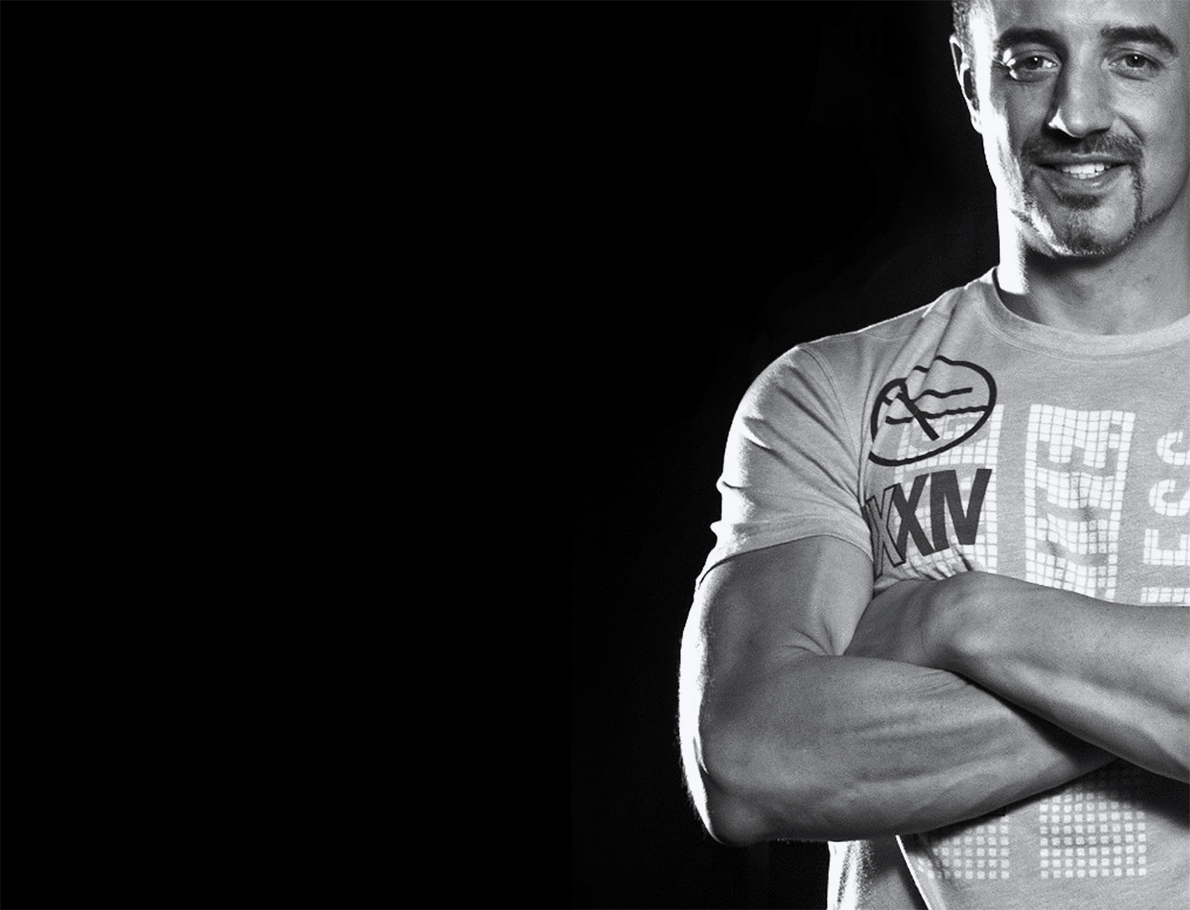 How did your family react when you said you wanted to move to Japan?

My mom was a little bit hesitant in the beginning but she traveled a lot when she was young so she ended up being supportive and I can clearly say without her support, I would not be here today.

When you first decided to go to Japan, what was your inspiration.  Being trained, and then?

This is a course of 1,000 days training, back then there was no internet, so there was only very limited information about it, so there was like rumours about rumours, the time when I heard about this 1,000 day course where they trained all day long and lived with the master, no foreigner had ever graduated from there, and I was like: I want to do that!  I wanted to be the first foreign student to graduate.  Actually, I had no idea what I was getting myself into but it was an inspiration.  I wanted to do something no one else had done before.  So I came, and it was a really brutal awakening—up early in the morning, running and doing push—ups on the concrete ground and cleaning—full of these kind of things in 3 years.

Was there any time when you thought that you wanted to pack up and quit training?

There were a lot of Japanese who were black belt in the dojo, they were super harsh.  It’s a balance of trying not to do anything stupid and making sure you are always on time.  I was thinking ahead of everything, every time trying not be stupid, because the punishment was like 1,000 jumping squats in the park!  I was late only one time in 3 years because I overslept one morning.  That was the morning that everyone overslept.  The Senpei came and kicked me and said “Get up!” then 1,000 jumping squats in the park, that was no joke, it was very brutal and very harsh.  In these 3 years of my life I went from a young kid to a man; and a year after I achieved the championship, that made me a real fighter. 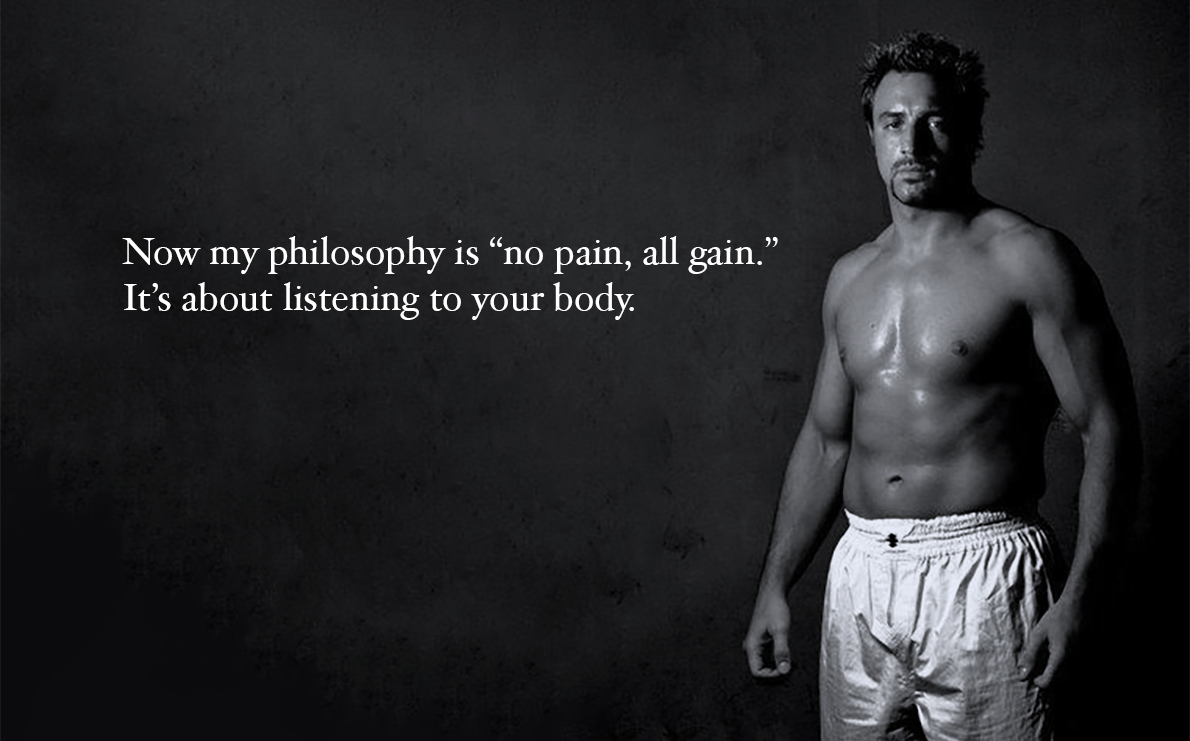 How did it feel achieving those goals, titles and fame?

To be honest in the beginning, the goal was not like that, I wasn’t inspired to be a karate fighter but my master was proud of karate fighters, and praised, when people talked about how these karate fighters were the special elites of people, that other people looked up to so I felt I wanted to be one of them, and I found out I was really good at it.  Obviously I trained really hard but I also grew very fast as well, everything just kind of snowballed.  But then my master passed away.  I was thinking how far I can take it, it’s like I’ve reached the top of the mountain and then I was being asked to join K—1, I thought it was great that someone was going to pay me, so I joined, but it was a career change, like changing from soccer athlete into a baseball player.  I had to start over and learn all the basics of boxing.  In the end, my determination and hard work paid off. 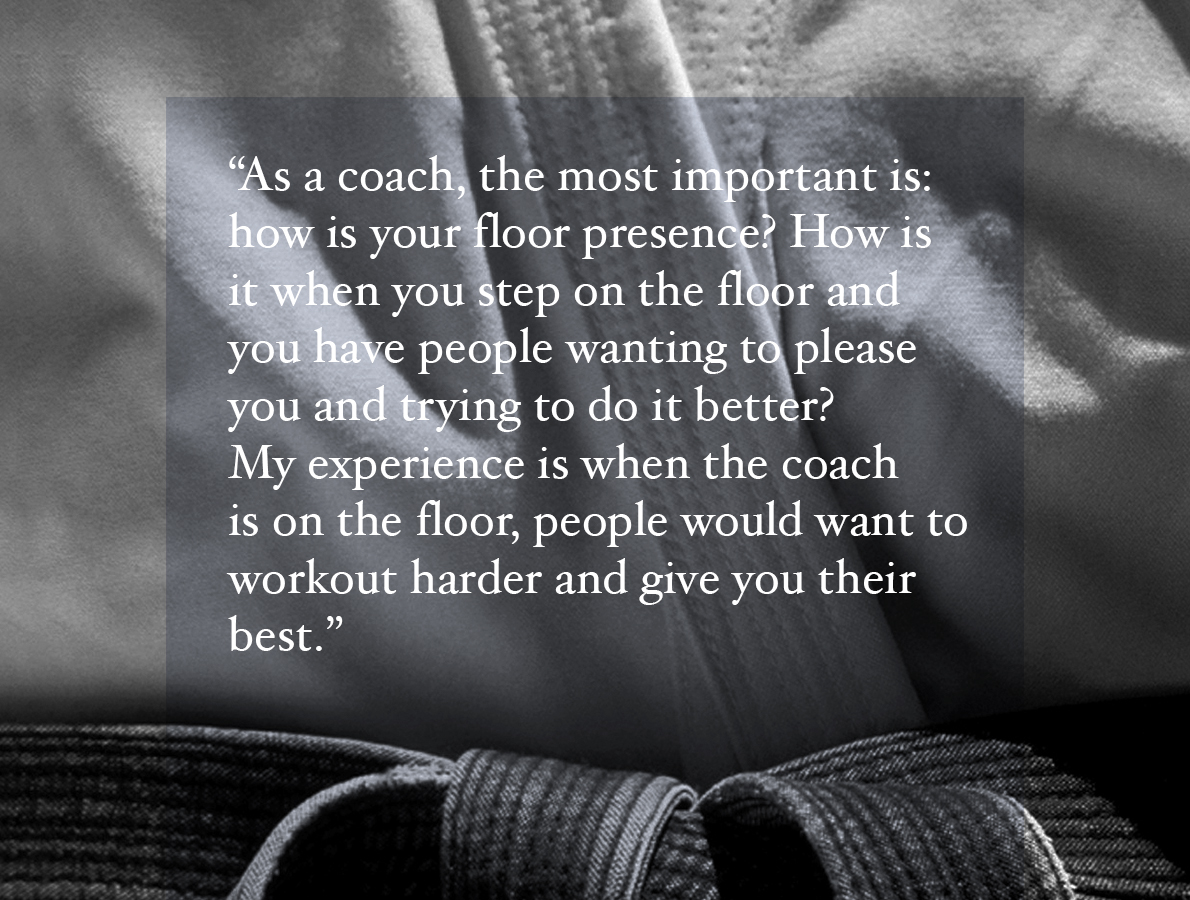 No, not at all, I spent 25 years doing that, but that got me many injuries.  As an athlete my paycheck depended on how strong and how fit I was, so it was a yes because my life depended on it.  But now my philosophy is “no pain, all gain.”  It’s about listening to your body and understanding when you are pushing too much and have the courage to say no.  To take a day or a week off, really listening to your body and understanding where the final line is.  There are excessive, boring workouts people don’t want to do.  With experience, I know kinds of training or the stage I can keep pushing myself to, but not going beyond what may cause injury.

How did the tough and brutal training you endured in the dojo and your experiences inform you as a tutor and mentor now to guide other’s fitness journey?

First of all, because of my specific sport, there were a lot of injuries involved.  So I feel I have a very deep understanding of all the fitness machines on the market and I use the machines for different purposes than others.  I know like the elliptical trainer, there’s no impact to the joints, so if you’ve got a bad knee, that’s what you can use to work out.  There are things I like to do like running on the treadmill but if I can’t do it, I would definitely find a substitute with something else.  For example the spin bike is a fantastic piece of equipment for building speed in the legs.  I could tell, if training incorporated 10 or 15 minutes of really fast spinning, I could kick faster and kick harder.  When coaching I can see if people are ready for those kind of machines, and generally speaking, as a coach, and my whole education as a karate student, I learned how not to get in trouble with your Senpei.  How do you look for something that is going to happen before it happens, like if the student is not strong or fit enough to use certain machines, you have to understand the system and let them do other training.  As an athlete, I trained a lot and I had the chance to travel around the world and train with a lot of people from different countries.  I had also been trained by different coaches and also studied a lot of related subjects.  As a coach, the most important is: how is your floor presence?  How is it when you step on the floor and you have people wanting to please you and trying to do it better?  I learned from my master, and my experience is when the coach is on the floor, people would want to workout harder and give you their best.  And I feel I’m very successful with it.

What would be your advice for people who want to live more actively and exercise more but don’t know where to start?

This is a daily struggle.  It happens all the time all over the world.  Finding motivation is important but one thing is it needs to be fun. You can find a friend to join your training.  Also I would invest money.  I know many people don’t invest money into their equipment or training, but there are many personal trainers who are good at it, if you are willing to do 5 sessions or 10 sessions to get a personal trainer to let you know how to use your body and how to workout, why not if this is going to change your life?  Competitive sports and fitness are totally different things.  Competitive sports are very hard training both physically and mentally, but fitness is different.  That you can train and workout with someone else and get sweaty together, it’s totally great!

How should fitness feel? 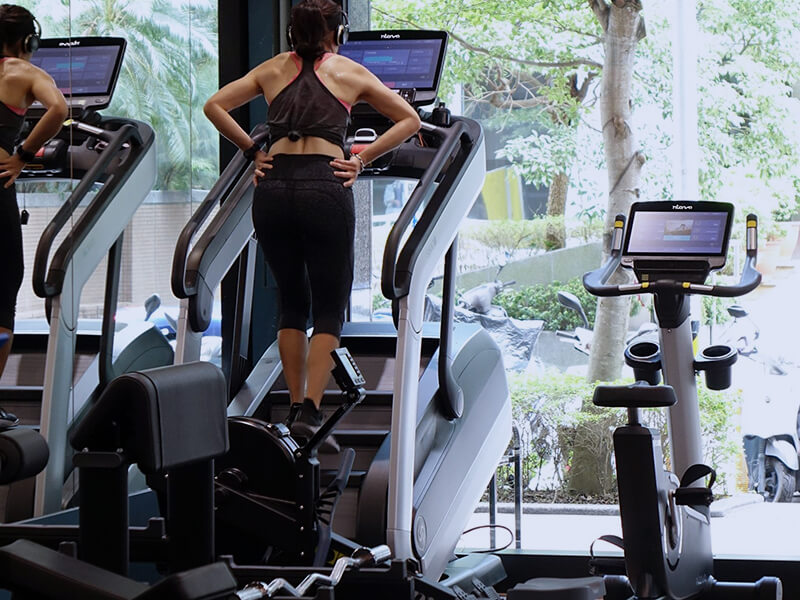 From working up a sweat on a spin bike to rebalancing mind and body in a yoga studio, the gym is the place to be for the... 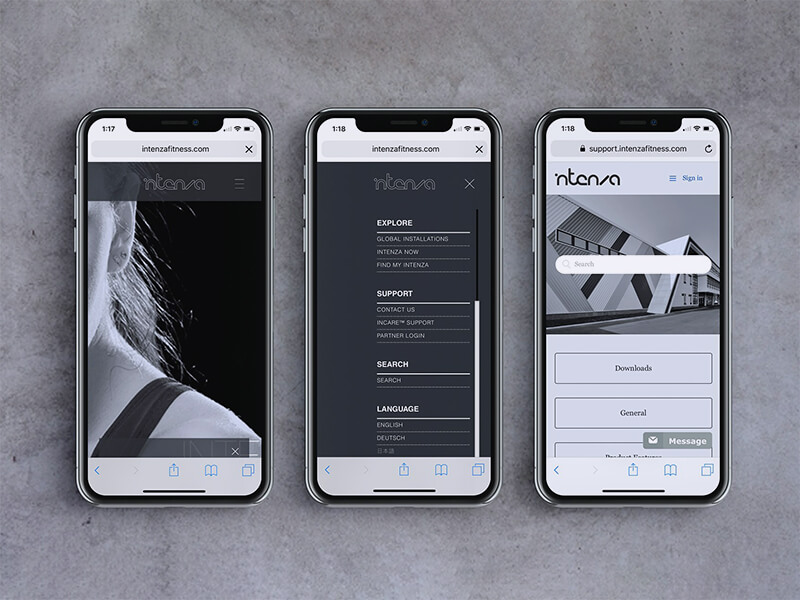 InCare™ Support, is the area of our Service Desk where global partners, and affiliated professionals have access, throu... 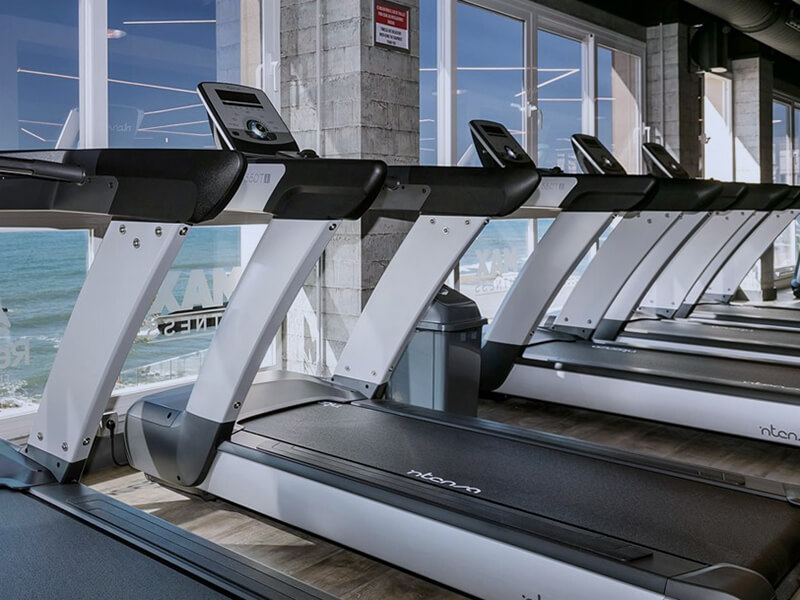 Whilst smartphones act as a hub for a myriad of activities, device—free time is as important as work—life balance.